How much do Uber Eats drivers make?

Less than a year ago, most drivers saw Uber Eats as an annoying and unwanted feature on the Uber app. Every once in a while, unless you were very vigilant about monitoring your settings, Uber would update the app, and suddenly you’d start to get pings for Uber Eats.

“No way!” many of us would scoff. We’d be thinking, “Why go through all the work of picking up food and delivering it when I can make so much more doing rideshare?” Then, we’d go to the settings and turn that Uber Eats availability option “OFF.”

And oh, how things have changed. Life in a pandemic has altered almost everything about gig work, and it has totally transformed the nature of driving for delivery apps like Uber Eats. Now, Uber Eats is one of the most lucrative platforms.

Many drivers have either turned to Uber Eats fully, and converted to being only a delivery driver, or they’re mixing it up and doing both delivery and rideshare.

Given the changes that have taken place, we decided to dig into the data we’re getting from our drivers, and look into just how much money Uber Eats drivers have pulled in so far this year. We’ll examine:

We also made a video discussing DoorDash driver earnings that you can check out below! 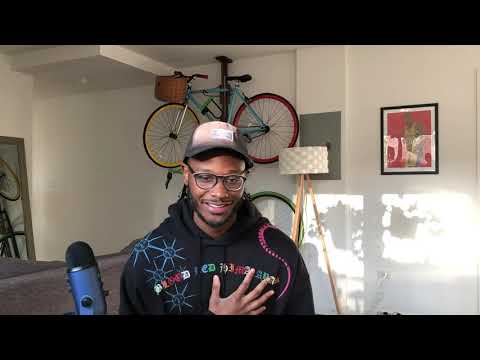 To say that food delivery has been big in 2020 is the mother of all understatements. Just watching what we see with our own eyes is enough to make us believe it has mushroomed. Statistics from the restaurant industry software company Upserve tell us just how humongous food delivery has become. According to a June 11, 2020 article on the Upserve website:

Some of those numbers are stunning. It isn’t really a surprise that the increases occurred during the period from February to April, but what about after that? Now that restaurants are opening, albeit slowly, are people still using services like Uber Eats?

How much Uber Eats drivers make

A quick look at our drivers’ numbers tells us that people definitely are using services like Uber Eats. While there is some variation from one market area to another, the earnings are really solid, and we have every reason to believe they’ll stay that way.

This chart shows how drivers are doing in the 41 Gridwise cities for which we have data. Remember, all our numbers are based on in-app earnings (including surges and tips). They do not include cash tips, or driver expenses for fuel, maintenance, vehicle cleaning, and so forth.

As you can see, Uber Eats drivers have done very well this year. And their rewards are well-deserved, considering how many of them put themselves out there in the face of a pandemic and a vast population of “hangry” people and their families.

These earnings numbers prove that, even though rideshare drivers used to have good reason to turn up their noses at Uber Eats requests, now it really pays off to take those delivery pings. This is particularly true now that we recognize the demand for Uber Eats drivers is likely to continue to grow.

Uber Eats earnings are very likely to stay around these numbers, and possibly get even better. Our monthly figures for Uber Eats earnings clearly illustrate that, even as restaurants are being allowed to open for in-house dining, customers are still ordering delivery. The data we collected from our drivers show that Uber Eats earnings have stayed pretty solid all year. Although they’re not up at April’s levels, they’re still going strong, as you can see on this graph:

The highest earnings came in during May, at an average of $20.53 per hour. While the numbers dropped off slightly over the summer, down to a low of $17.24 per hour in August, they climbed back up again to $18.27 in September. This shows that while earnings may not be all the way back to where rates were in the spring, they’re still looking really good.

Any way you look at it, these hourly earnings are not bad at all. Do you think you would have ever seen this as recently as eight months ago? We’re rather surprised too, but we’re also happy for drivers who’ve been able to keep themselves afloat in the face of a changing rideshare market, by driving for Uber Eats.

So by now we’ve all noticed that delivery has become a way of life for people. They’re not going out of their homes as much as they once did, and restaurants are still not open to full capacity in many parts of the country.

And, as more and more companies extend their work-from-home orders further out into the end of the year and beyond, workers and their families will still have an appetite for ordering online, and will continue to look for Uber Eats to deliver the goods.

Just how long will people be in a work-from-home status? According to a September 25, 2020 article on Business Insider, many companies have extended their work-from-home arrangements well into 2021. Some will even allow workers to put in their hours from home indefinitely, and others have decided to stick with the work-from-home model indefinitely.

Here’s a list of some large and powerful companies, and their plans for having employees return to the office—or not—as the practice of working from home plays a greater role in our society’s new normal.

Shocking, isn’t it? This certainly seems to buttress our belief that delivery will continue to be a thing—a big thing—not just now, but well into next year and beyond. How can we not think that Uber Eats earnings will continue to be at a level drivers can come to like very, very much?

Maximize your earnings as an Uber Eats driver

If you’re already driving for Uber Eats, you realize how important it is to know how much you’re making, and what days and times are the most fruitful for you. You can try to do that with the Uber app, but there’s a much more efficient, flexible, and accurate way to get your earnings at a glance. Download the Gridwise app!

Gridwise gives you the ability to track your earnings and your mileage, and not just for Uber Eats. You can put in all the services you work for, and see how much they each are adding to your total gig income. Gridwise also gives you traffic information, weather, and airport insights, as well as a cluster of incredible features on the Perks Tab.

Get deals and discounts for drivers, easy access to our blog and cool banter you won’t want to miss on the Gridwise YouTube channel. Plus … how would you like some free fuel? Join us on our Facebook page and get in on the great Gridwise gas card giveaways!

At Gridwise, we’ve always got your back. That’s why we bring you information and features that make your gig driving easier, more efficient, and lucrative. Please leave your comments below to tell us what you think about Uber Eats earnings, our app, and all the things that make your rideshare and delivery gig go ‘round.